David is the first well-known poker player to announce to test positive with COVID-19. 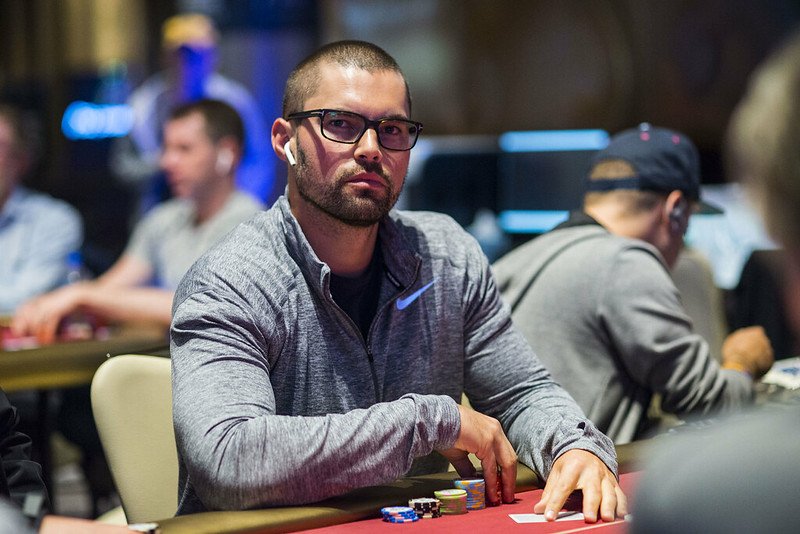 “I was diagnosed with COVID-19 last night. I want to share my experience in case it is helpful to others”

Sands started his Tweet yesterday, in which he disclosed the details of his situation and experience with the virus “in case it is helpful to others”.

As the long-time tournament specialist, who amassed $8,459,921 in live tournament earnings wrote on Twitter, he was a bit fatigued and started feeling sinus pressure which later developed into a severe headache.

He woke up with a horrible headache the following day, post-nasal drip and very occasional cough. As he had no fever or shortness of breath he didn’t think of COVID-19 – as these are the most common symptoms of the virus. Even though his doctor first refused to test him, he eventually got tested by a concierge doctor, and he tested positive.

On Sunday he still had a mild headache and a touch of phlegm in his throat. “Otherwise I am totally fine,” he continued. David admitted he “has been in the “paranoid” camp regarding this virus for 6+ weeks. I sounded the alarm and got my parents out of the Bay Area 3 weeks ago when most thought I was crazy.”

Apparently, even the most cautious individuals can catch the virus, but there is also good news for those who have concerns about the pandemic. In a later tweet, Doc pointed out that the symptoms are usually very mild for most healthy adults.

After Sands’ announcement, many of the poker pros responded wishing him and his family the best. 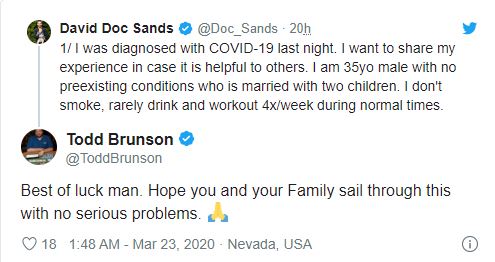