The Mid States Poker Tour has been running since 2009. It started off as the Minnesota State Poker Tour but quickly grew to surpass the state’s border, expanding to Iowa and beyond, eventually leading to the name change.

When it was all said and done, it was James Caroll taking home the trophy and the six-figure cash, bringing his total live tournament earnings to over $4.5 million.

The latest MSPT Main Event took place in August of 2020 and gathered 518 players, becoming the largest No Limit Hold’em tournament in Iowa’s history. With many players probably itching to play live, the upcoming tournament could shatter the record once again.

The surviving players will come together on Sunday, January 24, to compete for the lion’s share of the prize pool, the trophy, and the prestigious title of the MSPT champion.

The Main Event will start with 25,000 in chips, but all players can usually receive an additional 5,000 as long as they pay the $10 dealer appreciation fee.

Levels last 40 minutes, and antes come into play at Level 4.

The structure was created and approved by Allen Kessler and offers plenty of play for the affordable $1,100 buy-in, which is probably one of the reasons Mid State poker tournaments attract so many players from the US.

For those players who don’t have the bankroll to buy in directly or simply want to try and cut their costs, there are also numerous satellite events running already.

Satellites feature a buy-in of $250, with one-fifth of the players advancing to the $200,000 guaranteed Main Event. Satellites are available up until Saturday, January 23.

The Grand Falls tournament in January is just one of many on this year’s MSPT schedule. If you’re looking for quality but affordable tournament action, there is plenty more to come this year.

As you can see, some of the events still don’t have guaranteed prize pools confirmed, and dates remain flexible for a few MSPT events, but this schedule should give you a good idea of what to expect. 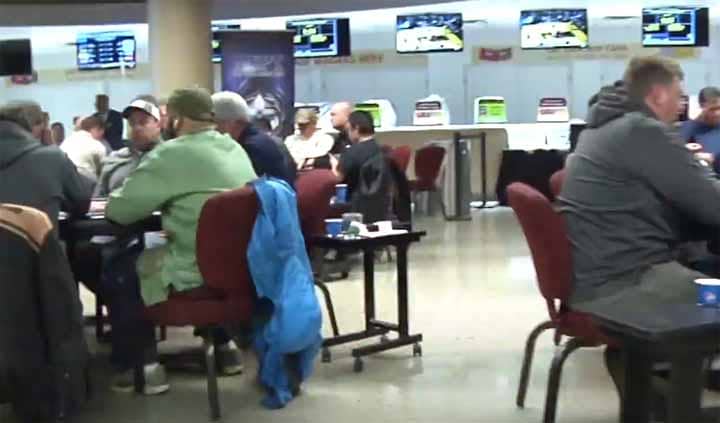 There is plenty of good action ahead and two events that feature a $1,000,000 guarantee. All tournaments have a buy-in of $1,100, and you can qualify for all of them through $250 satellites, so there are ample opportunities to get your seat.

For more information about particular events, you can visit the Mid States Poker Tour official site.

As mentioned, the idea for the MSPT poker series came in 2009, with the launch of the Minnesota Poker Tour. Soon after, other states in the area picked up on it, and the Mid States Poker Tour was born.

Over the years, the MSPT would become hugely popular with the players because of its generous guarantees, good structures, affordable buy-ins, and numerous satellites leading up to each event. 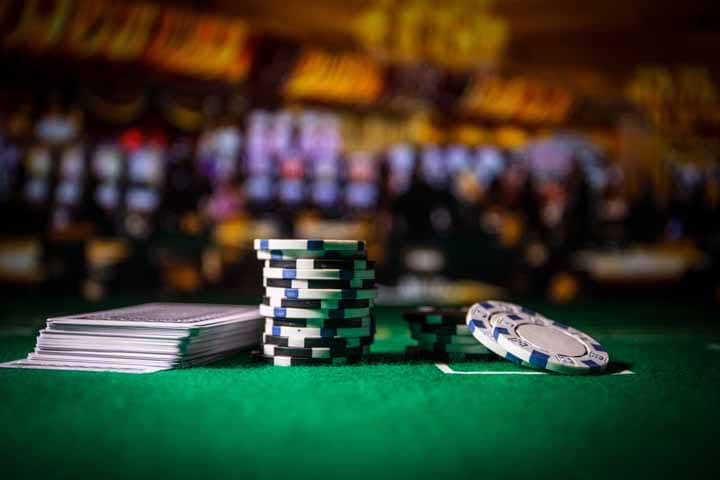 The first MSPT poker event took place in December of 2009 at Canterbury Park, attracting 130 entries. When it was all said and done, it was one John Dragich who walked away the winner, banking $34,765 for his performance.

The tour came back to Canterbury Park the next year, and player numbers looked good, with 136 already registered but a couple of days of qualifiers still remaining. However, an unexpected blizzard pretty much entirely wiped out the two days of satellites, causing the field to remain much smaller than the organizers had anticipated.

In 2011, the MSPT poker Main Event final table at Canterbury was played with RFID cards for the first time. The live broadcast showing hole cards and poker hands as they happened attracted over 2,000 viewers who came to watch the final few of the initial 230-strong field. 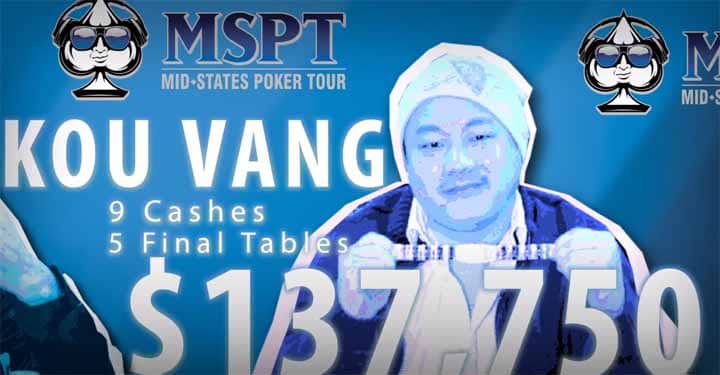 December of 2012 saw the MSPT break its own record as 376 players gathered to compete in the Main Event.

This was also the largest live poker tournament with the buy-in of at least $1,000 ever to take place in Minnesota.

MTSP Goes Across the Border

On April 6, 2010, the MTSP crossed the Minnesota state border for the first time. The first-ever event to take place outside of MI was organized at Diamond Jo Casino in Northwood, Iowa.

This was just the beginning of the expansion, though, as the Mid States Poker Tour would continue to grow in the years to come, adding more venues and states to the mix. 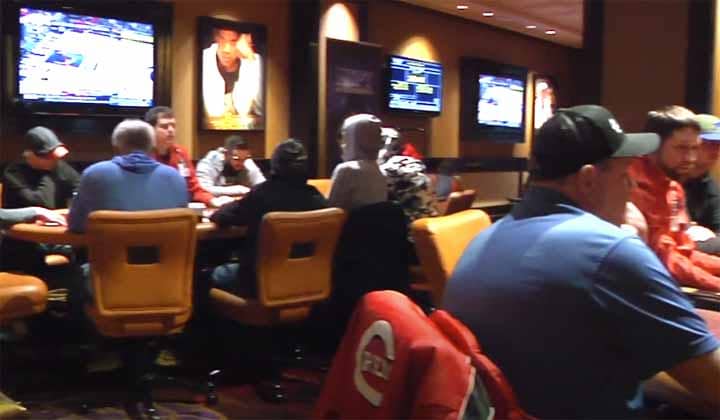 In August of 2012, Grand Falls Casino in South Dakota hosted its first MSPT poker tournament, followed by Wisconsin, Michigan, and Oklahoma in the next couple of months.

Louisiana, Colorado, and Indiana joined the Mid States Poker Tour ranks in 2014, and later that year, the poker capital of the world, Las Vegas, Nevada, came on board as well.

The series was very popular with the players, so there was more and more interest by casinos all over the US to join.

The first Mid State poker tournament in Colorado was organized in Golden Gates Casino in November of 2014, followed by Jacksonville, Florida, early in 2015. Later that year, Maryland became part of the MSPT as well.

Today, the Mid States Poker Tour covers more than a dozen states, featuring between 20 and 30 tournaments every season.

In addition to Main Events, the MSPT also hosts several regional tournaments every year. These events usually have a buy-in of $350 but still offer big guarantees. The last such tournament took place in March of 2020, attracting 370 entrants and awarding the $23,476 first-place money.

In 2017, the MSPT Poker Hall of Fame was established to recognize the best and most successful players over the years.

The criteria to be inducted into the MSPT Hall of Fame are as follows:

As of right now, there are seven players who have earned their spot in the Hall of Fame. The most successful, at least in terms of winnings, is Richard Alsup with 12 ME final tables, 30 cashes, and $781,130 in earnings.

Blake Bohn, who was inducted in 2020, has $502,720 in winnings, which came from 25 Main Event cashes and nine final table performances.

Biggest Events in the MSPT History

Over the years, the Mid States Poker Tour has seen a number of big tournaments, with players frequently competing for large six-figure payouts.

The guarantee was shattered as the event attracted 2,877 entries. The eventual winner, Michael Soyza, took home $588,249 – the biggest payout in the MSPT history to date. 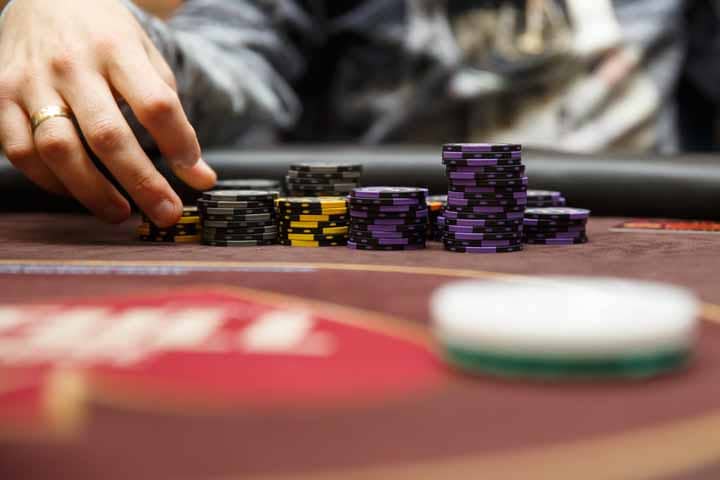 That same year, just a couple of weeks earlier, the Venetian hosted another MSPT poker tournament, this one with the buy-in of $1,100 and $3.5 million guaranteed. The total number of entries came up to 4,411, making this the largest MSPT Main Event ever, as well as the biggest tournament to take place at the Venetian.

What Lies Ahead for Mid States Poker Tour?

Over the years, the Mid States Poker Tour has gone from strength to strength, spreading over more than a dozen states and attracting an increasing number of players.

From amateurs and hobby players to professionals with WPT titles and WSOP bracelets, this is a rare poker tour that is really open to everyone.

You don’t need a huge bankroll to participate, and prize pools are good.

The MSPT has big plans for this year, although their schedule is somewhat modest compared to 2020. 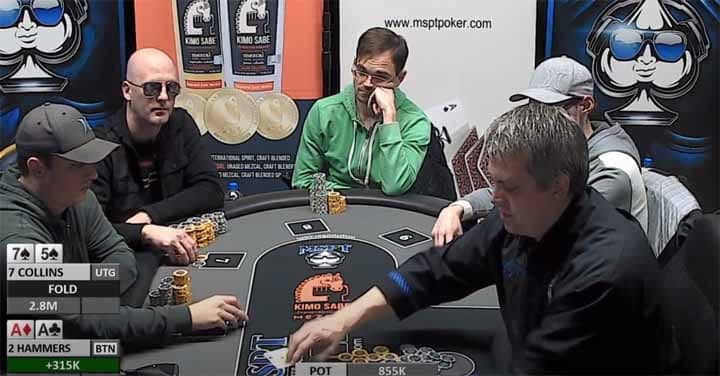 This is probably because of the uncertain situation with live tournaments, as it’s hard to say what might happen two or three months down the line.

That said, for those eager to play some live poker, the Mid States Poker Tour offers plenty of interesting events they can already plan for.

There are at least a few MSPT poker tournaments this season worth checking out, while serious grinders have their work cut out for them.