With less than 6,000 hands remaining in the high-stakes grudge match, Doug Polk holds a $565,000 lead, but Daniel Negreanu is closing fast. Will the GGPoker ambassador continue to cut into that deficit, and possibly even win? 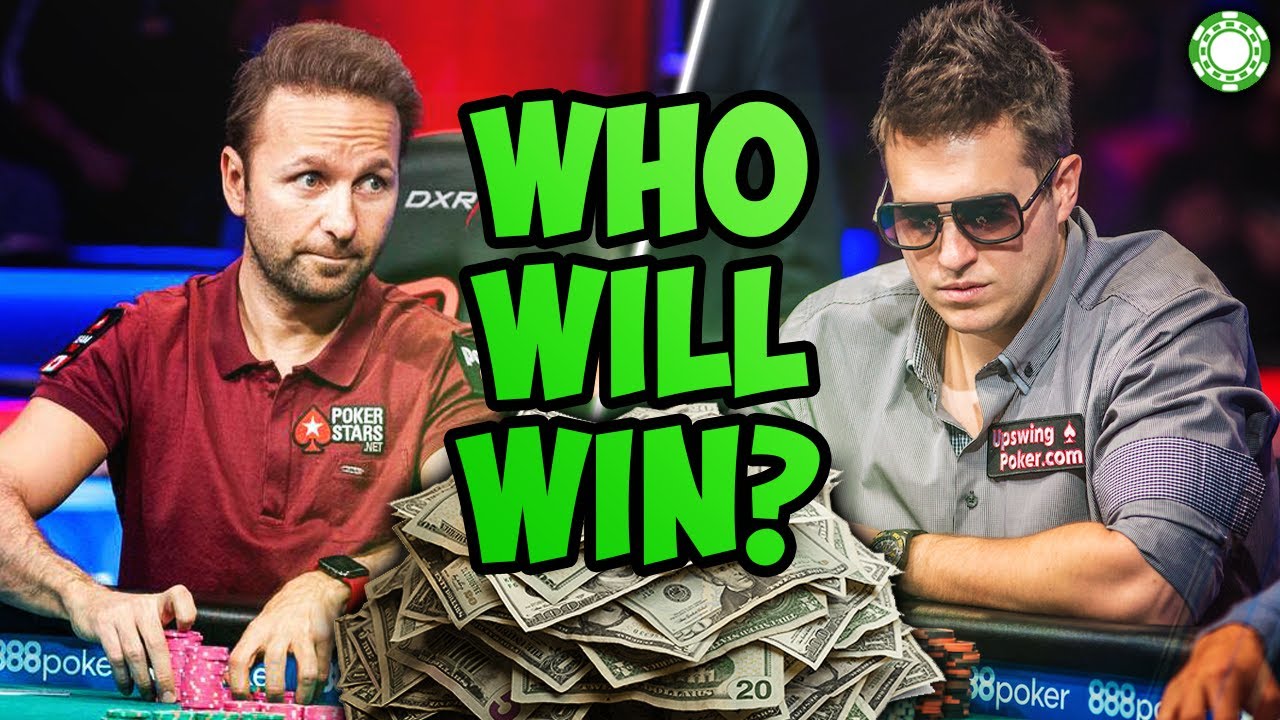 Daniel Negreanu is catching up to Doug Polk. (Image: YouTube)

On Day 32, they played for barely for two hours, about half of a normal session. The reason the session was cut so short is because Negreanu realized Polk had completely changed up his strategy. So, to adjust to his opponent’s new style of play, he called it quits for the day so he could begin devising a game plan to combat it.

Polk, a naturally aggressive poker player who puts consistent pressure on his opponents, showed up on Monday with a new plan to limp often on his buttons. That’s a style of play we aren’t accustomed to seeing from the aggressive poker star at heads-up no-limit hold’em.

What’s Up With the Button Limping?

Negreanu said in his post-game interview on GGPoker’s YouTube channel that Polk is just trying to preserve his lead. Polk has multiple side bets on the match that he has to take into consideration as he moves forward in the challenge. If he loses to Negreanu, he stands to lose far more money in side bets.

With over 19,000 hands played and under 6,000 remaining, he must protect that lead. Hence, why he began limping some buttons on Monday. It’s likely he’ll continue with this strategy at some points going forward. The purpose of the limping is to keep the pots small and play hands in position.

“There’s two main reasons I’m limping,” Polk said after the match. “The first reason is limping is actually better than not limping. It’s a better strategy, it’s a more complicated strategy, but it does add some (expected value) EV. That’s by far a secondary reason, but it’s something to consider. And then the other aspect here is it decreases the standard deviation I’m pretty sure. It stands to reason that if you play smaller pots, there’s less variance.”

But that doesn’t mean he’s just trying to run out the clock. Polk was after blood when he challenged Negreanu, his long-time rival, to a heads-up competition. While he’s equally concerned with his side bets, he wants to back the truck up and clean “DNegs” out as well.

Although he was more passive than normal during Monday’s mostly uneventful session, late in the match he fired off a huge all-in bet with just top pair and got a call from second pair to win his only big pot of the day. So, it’s not like he’s just folding his way to the end.

What to Expect Going Forward

Given Polk’s massive side bets, it’s hard to imagine he’ll play hyper-aggressive throughout the remainder of the match. That doesn’t mean he won’t ever bluff or will limp every button. But, as he said, he’s decreasing the variance associated with heads-up no-limit by implementing this strategy.

Negreanu seems to think Polk’s button limping strategy gives him an edge. He may be right, but it will also make it more difficult for him to erase the remainder of that $565,000 deficit. And that’s exactly what Polk is attempting to accomplish.

With that said, Polk is confident in his game and knows he has an edge against Negreanu playing his usual GTO style. But after Negreanu’s $390,000 win on Friday, he’s only a few lucky sessions away from eliminating the entire deficit. If “DNegs” runs hot going forward, which neither player can control, he could end up winning even if he is the inferior player — 5,500 hands isn’t exactly a massive sample size. And if that were to happen, Polk will end up far less wealthy, that’s for sure. Even worse, he’ll never hear the end of it from the poker community.

What I expect to happen going forward is Negreanu will chip off more of that deficit, somewhere around $200,000 to lose by about $350,000. I predict that Polk will play more passive than normal, although he’ll still mix in some big bluffs here and there. But Negreanu should adjust his strategy to prepare for a higher frequency of Polk having the goods when he over-bets.

Unfortunately, for the fans, the final few hundreds hands of this match will likely be quite boring an uneventful. Assuming Polk holds onto his lead over the next 5,000 hands or so, you can expect a boat load of folding down the stretch, much like Phil Galfond did late in his challenges against “ActionFreak” and “VeniVidi1993.”